The other day something happened at our gaming table that really got me thinking about alignment.  I was running a 1e game for two players.  They were in a dungeon and came upon a wounded wizard with two wands at his side.  He was bleeding to death and asked them for help.  He said if they saved his life he would give them one of his wands.  Instead, one of the PC's (who is, I believe, chaotic neutral) said "I backstab him and take his wands."  The other player didn't join in the backstab, but he didn't try to stop it either.  If I recall, I think he is also CN. 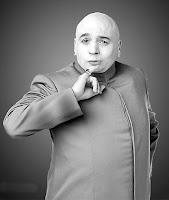 I must confess that I was utterly F'ing flabbergasted!  I said "OK, you backstab him.  He is dead.  You are now both Chaotic Evil in alignment.  Please adjust your character sheet accordingly."  This definitely surprised both players.

We then had a series of emails afterwards that sort of went like this:
There are also some other behind the scenes aspects that I can't share.  But in general, do you think I overreacted?  Or would you have done the same thing?

This also got me thinking about alignment in general.  And the more I think about it, the less I like it.  I prefer my fantasy settings to have more gray area, more nuances to behavior and personality.  Look at Conan.  He was morally ambiguous at times.  Hell, he may have committed a few evil acts in the name of the greater good.  Same with Solomon Kane.  He murdered people in his own vigilante style to advance a cause.

By the way, I decided that I was being too harsh and that I reacted withouth thinking it through.  So I reversed my alignment change decision for both PCs but told them to consider it a warning and that another such incident would constitute a pattern in my mind.

By the way, my players read this blog and they are really great gamers.  This was very much an isolated thing.

Have you ever had a situation where you (or your DM) forced an alignment change?
Posted by George at 11:51 AM